It’s christmas eve! I can’t actually believe it. Where on earth has December gone? Oh well, I’m ready for all the food, games, laughter, films and general enjoyment!

Christmas is undeniably one of the best times of the year food wise, not only do we eat gluttonous amounts of food, but its a time for christmas party hosting, gauging on food you don’t need, and generally being around close friends and family all sharing an enjoyment for food!

Whilst we might not have the turkey or pigs in blankets, there’s an endless amount of choices for us plant-based people to enjoy throughout the christmas season. If theres any of you who have recently become vegan and are feeling apprehensive about the party season, I got you! As I’ve shown in my ‘how to have a vegan christmas dinner‘ blog post…the main and the starter are really very easy. It’s with the dessert’s that people seem to get a bit uninspired and lost, a vegan desert? But how? No dairy or eggs? how can cake be a possibility. What i want to reiterate here is that absolutely anything can be made vegan, there is always a vegan alternative. So today I thought that I’d take a christmas classic and turn it vegan for my 24th blogmas blog post, it’s a new recipe I’ve recently found and tried, absolutely perfect for the christmas dinner dessert, or just for a comforting boxing day addition.

So what am I going to be making? STICKY TOFFEE PUDDING WITH SOYA CREME! I’ll say first that I made an error when buying my ingredients, I intended to follow THIS recipe from PETA, but ended up unknowingly getting the ingredients for THIS recipe when in store, which meant I didn’t have the right ingredients to make the PETA one. I think that the recipe would have turned out better if I’d followed the PETA recipe, so I’d definitely recommend you doing that.

However, mine was still sticky, sweet, fluffy and incredibly tasty…so I’ll be sharing my recipe with you none the less…but I will share where I did things differently or where things went differently to what I was expecting, I’m not going to pretend it went perfectly!

For the dessert (if you follow my recipe) you will need;

If you follow the other recipe (what I’d recommend doing) you will need;

I started by chopping up my dates really finely and soaking them in water beforehand so that they could get super soft and gooey. I then put them into a saucepan and added the soya milk and some water (seeing as I’d already soaked them in water).

I then added my the bicarbonate of soda, which…didn’t froth like the mixture said it would! I let the mixture cool and during this I beat the sugar and margarine together. After waiting what felt like eternity, I decided to give up on waiting for the date mixture to totally cool, and instead combining the date mixture and the sugar and margarine mixture together whilst it was still warm. This step looked totally wrong but after the flour step (the next step) it all looked normal again!

I think combined the flour and a really really really small dash of cinnamon into my flour…as well as ignoring the prompt to add in nutmeg and ginger as…I’m not a fan! Anyway, after making that executive decision, I combined the date mixture with the flour mixture, folding it in. I eventually decided to blend the mixture because I didn’t like the idea of chunks of date in the mixture…I’m actually happy I made this decision.

Pour the mixture into your baking tin and bake for half an hour!

To make the sauce:

Melt the syrup, margarine, sugar and vanilla essence. Let the mixture do its thangggg for a while. I let mine boil for about 5 minutes like it said, but my mixture just became a watery and runny mess! I added the soya cream but no luck…it didn’t get any thicker?! There was no gloopy mixture like I was expecting, I just do not know what I did wrong…photos to follow (and laugh at).

Any who, moving on from my awful sauce situation…I found a perfect little hole maker in the drawer, just perfect for making holes for the toffee sauce to seam into and through. So I did just that, made my holes and poured over the sauce…eventually portioning up and serving some for my dad, giving him some soya cream to go with it…he enjoyed it!

Please let me know if you give this a go and how you got on, did your toffee sauce work better than mine? Hopefully! Also let me know if theres anything you want me to veganise and I’ll definitely give it a go for you! Finally, what’s your favourite christmas dinner dessert? 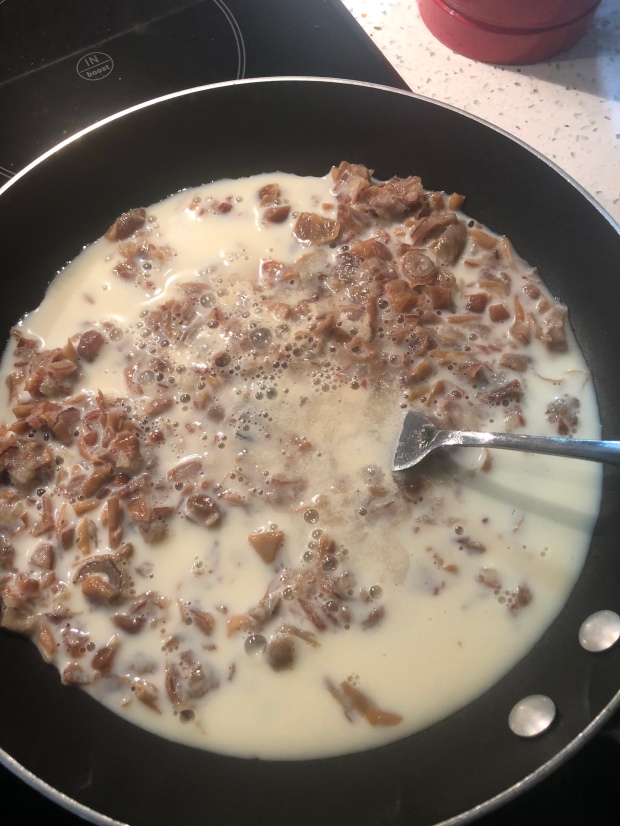 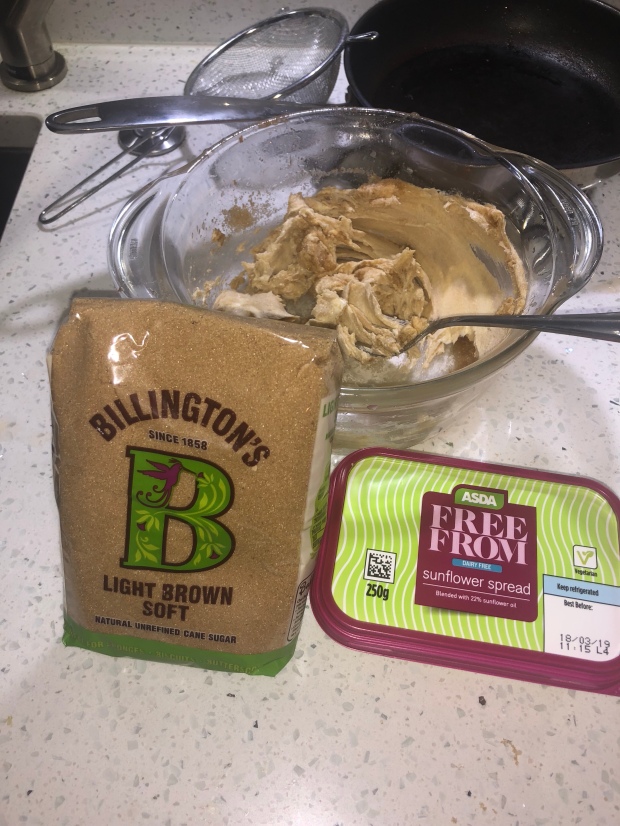 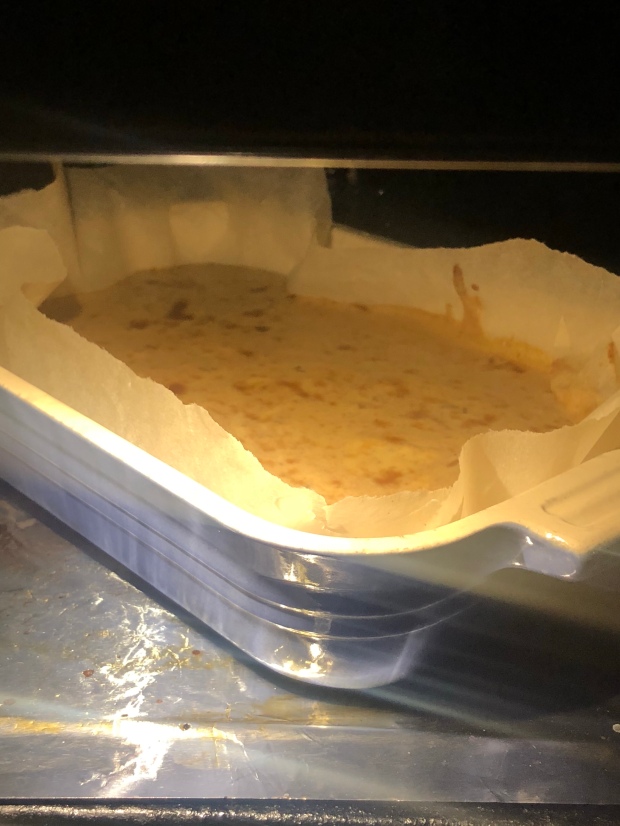 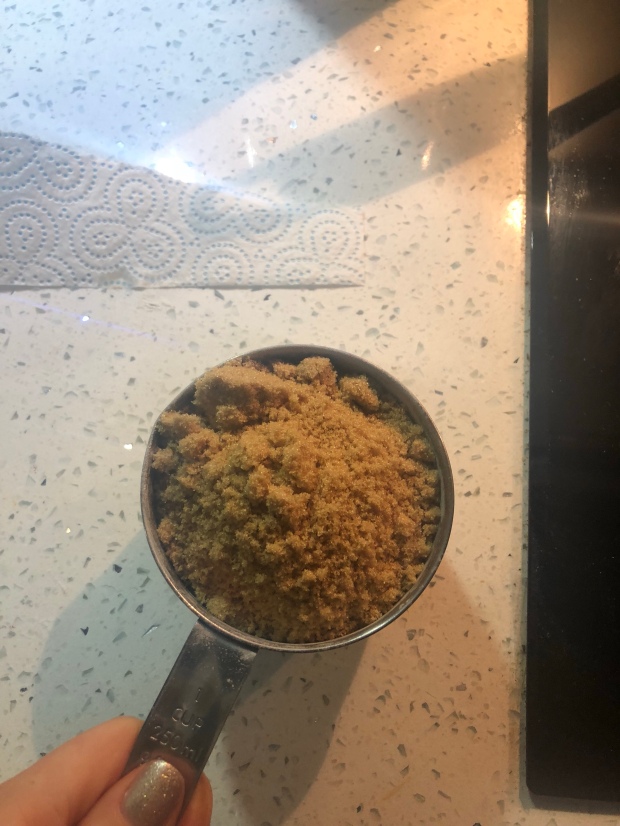 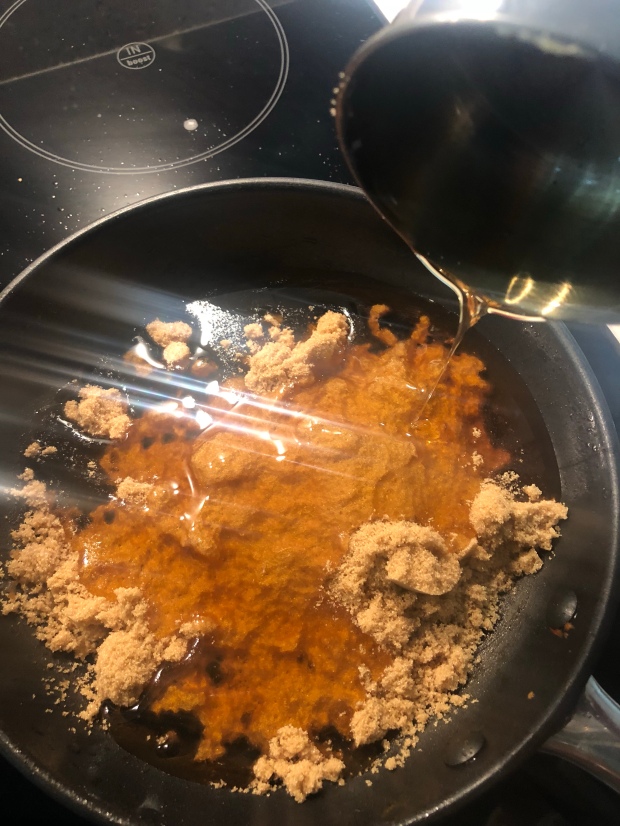 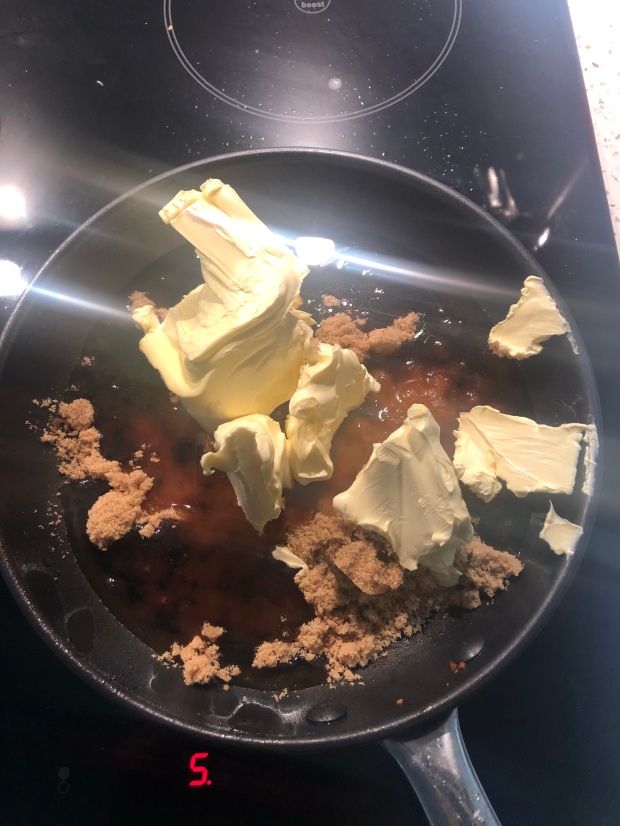 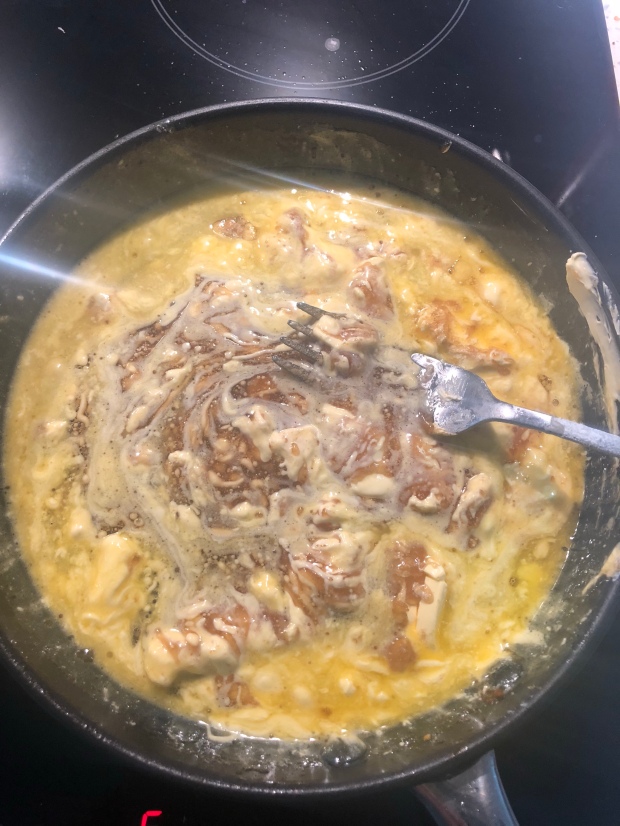 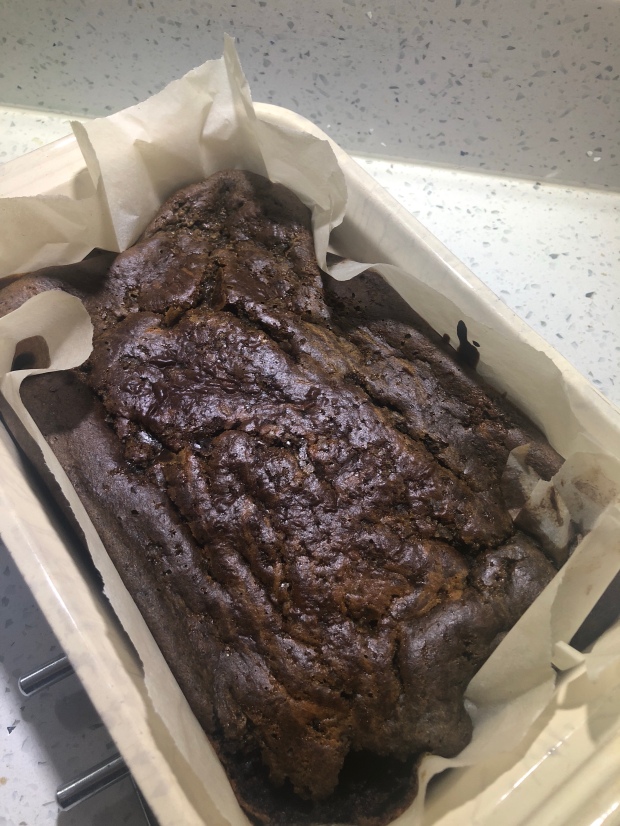 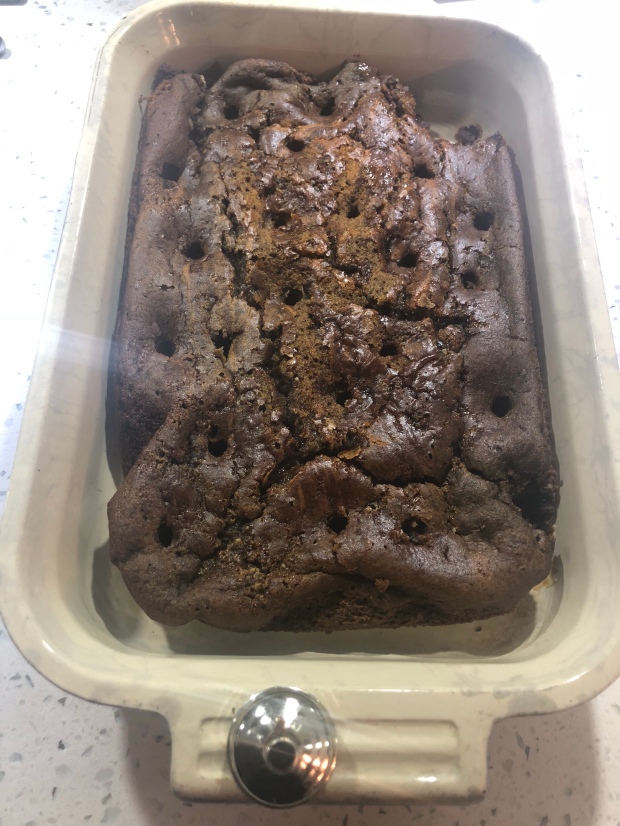 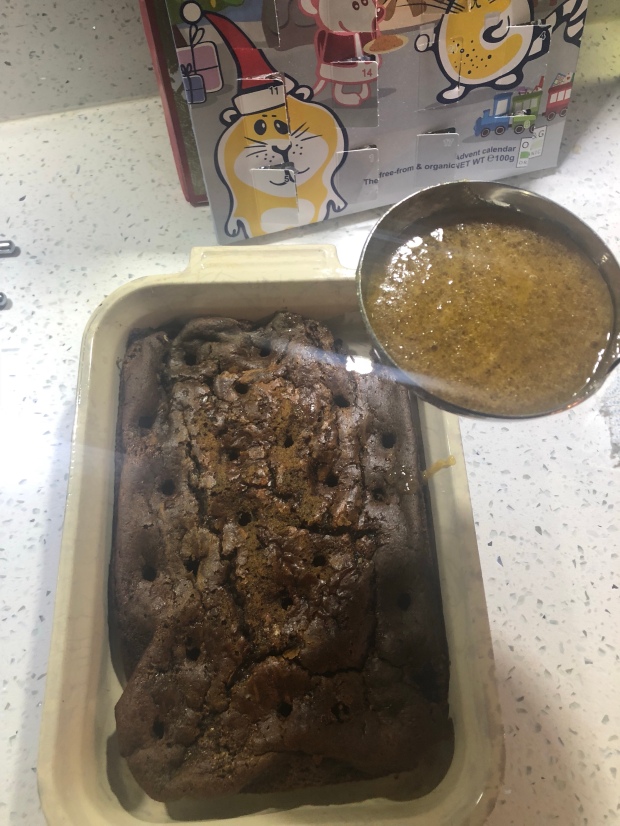 Do you think someone else would enjoy reading? Share here

I would utterly love to hear back from any readers that visit this site, any positive or constructive feedback is completely welcome. Lets interact!